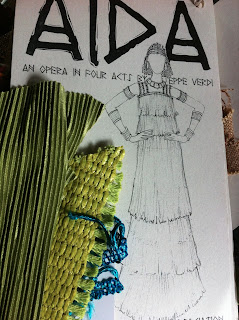 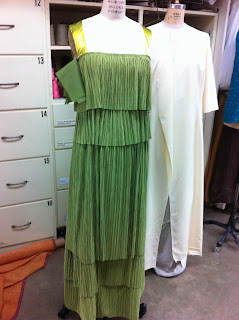 Spent 10 days in NYC buying fabric—mostly for a new 1950s Merchant of Venice I'm working on designing sets and costumes for. But also getting some fabric for a Cyrano costume and finishing up with Aida, the current monster project.

Here's one of my sketches for a priestess and then the garment mid-construction. I'm loving the pleating.
Posted by Jeffrey Stegall at 7:27 AM No comments: 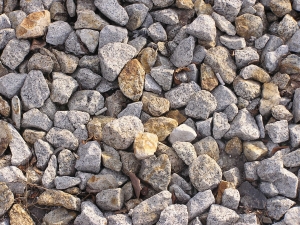 Heard Brian Dennehy in a Livestream broadcast today. (He's currently in Waiting for Godot at the Stratford Shakespeare Festival in Ontario, Canada. My wife and I saw him in Death of a Salesman on Broadway in 1999.) Loved one quotation in particular: "I have an enormous appetite for seriously working the material." I think he was actually talking about that's being the attitude of his director, Jennifer Tarver. Tarver also talked about Dennehy's "leaving no stone unturned" when it came to experimentation in rehearsal. Would that all actors felt that way. Rehearsing the play is the best part of theatre for me.

Here on the farm in Greenville, SC, I'm conducting a table reading for a play about Hudson Taylor with the teens from church and continuing rehearsals for the July 5 opening of Comedy of Errors: The Amazing One-Joke Play. We're leaving no stone unturned.
Posted by Jeffrey Stegall at 3:50 PM No comments: 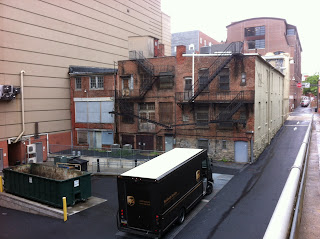 Saw this side of a building in Lancaster, PA, a couple of weeks ago. What great set potential for Merchant of Venice. Stairs, windows, doors to nowhere, piping, gutters, stone, brick, lines, curves, angles—it's got it all.
Posted by Jeffrey Stegall at 6:37 AM No comments: 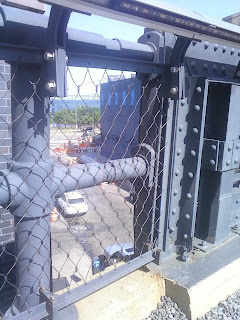 Passed by this combo chain-link/iron-pipe fence in Manhattan yesterday. Loved the industrial look (next to grommets, rivets are my favorite!) as a possibility in my Merchant set research. Look for this in my set design.
Posted by Jeffrey Stegall at 11:43 AM No comments: 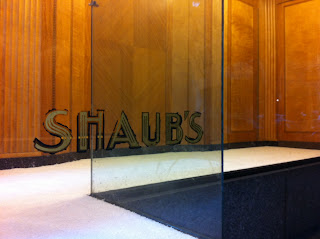 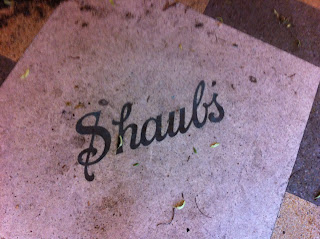 In the midst of Merchant research I came across these letters at an abandoned show in downtown Lancaster, PA. It was a menswear shop. I love the look of these. Perhaps one is a perfect look for a 1950s Merchant of Venice.
Posted by Jeffrey Stegall at 1:52 PM No comments:

Down to the wire on casting for next fall's production of Cyrano de Bergerac. New this year: I had those who auditioned send me a headshot. It really helped to have the smiling faces in front of me as I tried placing them in parts. I'm not saying I have a hard time with names, but . . .

Don't know whether the students had fun auditioning, but I had a blast. Saw some really great work from some new talent. Exciting! I could cast several of the ones I saw at callbacks in the lead roles and mount a good show.

Just sent notices out. Wish I could make everyone happy. . . .
Posted by Jeffrey Stegall at 5:12 PM No comments: 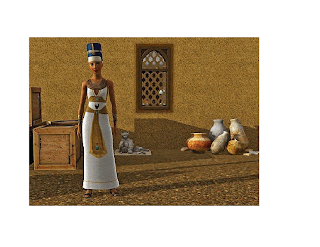 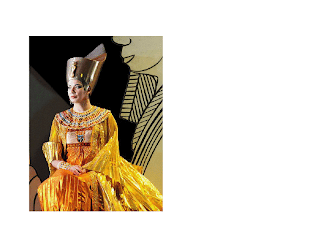 Here's some of the research I've been looking at as I finish up costume designs for Aida. Costumes must be completed soon since I head to NYC and Mood Fabric at the end of May to shop for the rest of the fabric for this last bunch of costumes.

Love the Fortuny pleats in the last photo, and our shop has really begun to master the art of a rough-hewn pleating in the last few years.
Posted by Jeffrey Stegall at 7:01 PM No comments:

Last Friday I was in Houston for business. I passed a patch of sidewalk full of nuts and bolts—literally. Embedded in the cement. (Picture shows only a small portion.)

Why? Don't know. How? Couldn't say. Purposeful or random? Not sure. Interesting? Definitely.
Posted by Jeffrey Stegall at 8:03 AM No comments:

Email ThisBlogThis!Share to TwitterShare to FacebookShare to Pinterest
Labels: design

Well, it's time I started posting more things about Aida, the 2014 monster opera I'm working on. This project is huge, and I've already been designing costumes for about a year.

Progress is being made, however. Lots of fabric was bought last summer (lots but not all; stay tuned—another fabric buying trip to come!), and now several prototypes and actual garments are being draped. Great work being down by our costume department!

Posted by Jeffrey Stegall at 4:26 AM No comments: 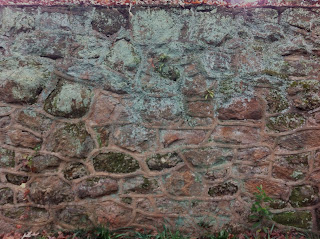 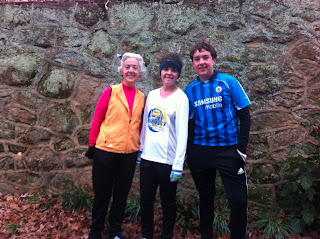 Saw this stone wall while out on a Saturday Morning Stegall Family Fun Run (our first but hopefully not our last). Loved the greens and greys and blues as well as the mosses and all of the irregularly shaped stones. Notice the small fern-like plants poking through some of the crevices.
Posted by Jeffrey Stegall at 6:28 PM No comments: